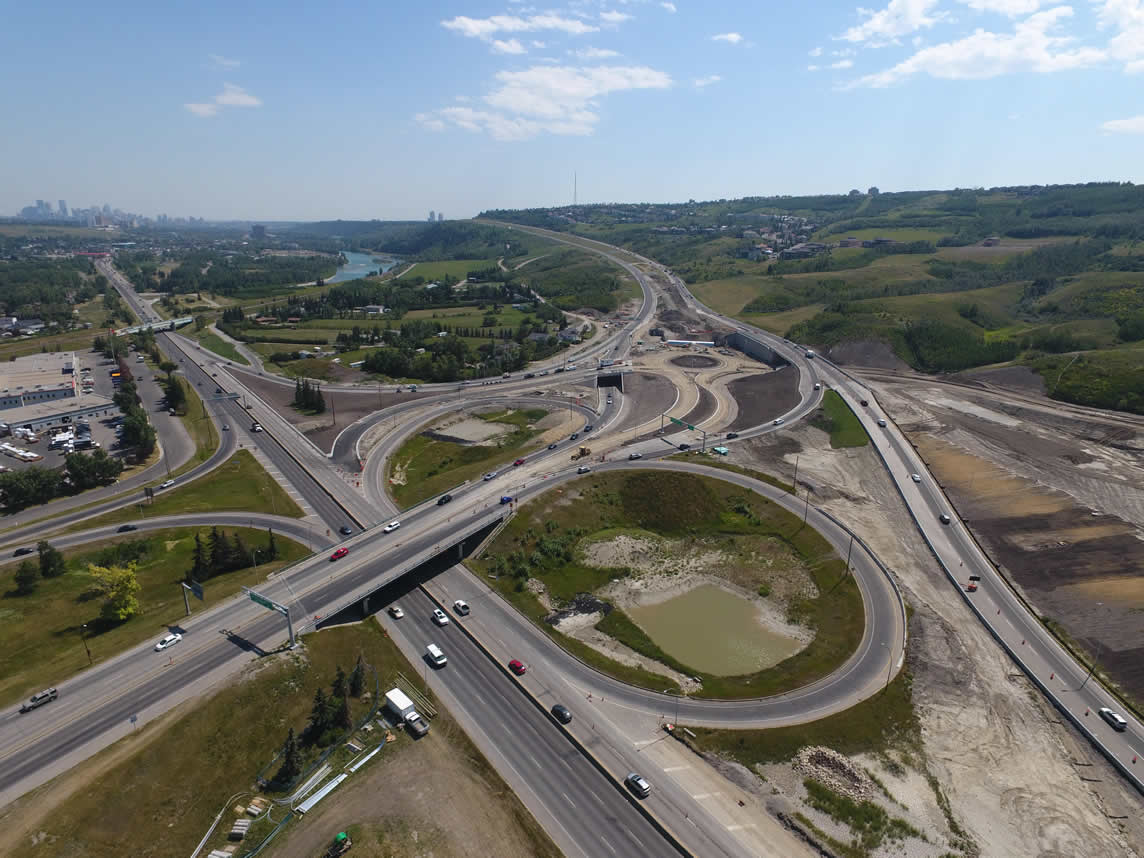 “We’re thrilled to announce this interchange is up and running for Calgarians,” said Aly Premji of Trinity Group, adding that the pathway underpass and public access road into the new development are the only small projects left to finish.

“Commuters may notice some finishing touches being tended to as we complete clean up and landscaping,” Premji said.

Trinity plans to have access to the Medicine Hill community open to the public by late 2018.

The interchange work is substantially completed, however, the existing Sarcee Trail overpass bridge will continue to have some temporary conditions in place. These conditions are limited to the bridge deck and its approaches and consist of:


These temporary conditions will be in place until The City commences work on the planned rehabilitation project for this bridge. This work is tentatively scheduled for the 2018 construction season during which The City will undertake additional temporary traffic accommodation measures, including lane reductions, to facilitate the work during that time.

After completion of the rehabilitation work, the bridge will have:


Once more definitive dates and further temporary traffic accommodation measures are determined, information will be sent out.

For more information on this upcoming rehabilitation project please visit www.calgary.ca or call 311.